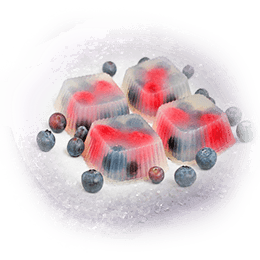 Explanation : Agar Agar is a type of gelatin obtained from algae. It comes from the Malay word "agar-agar" which means "gel". Agar Agar is not a single chemical substance, but a polymer composed of Agarose and Agaropectin polysaccharides. AgarAgar is available as a fine and white yellow powder. Factors such as gel strength, gelation and melting point, color, and solubility change the quality of Agar Agar. Agar Agar is generally obtained by cooling the solution at 30-40 ° C temperature. It melts when heated above 90 - 95 ° C. Agar Agar has the ability to absorb water up to twenty times its weight. Agar Agar material, which is used as a "thickener" in the food industry, is used in hundreds of different foods, whose consistency is desired to be thickened and thus to obtain a more intense flavor.

Usage areas : In the food industry, it is preferred for special uses due to its heat-resistant gel formation and the difference between gel forming temperature and melting temperature. It is used in cookies, puddings, decorating jellies, cake fillings, cream cakes and other similar foods. Its use in cake decorations increases the stability and prevents the sugary liquid from flowing and sticking to the packaging. Its consistency ensures homogeneity in sherbet and ice cream. It can be used to improve the texture and slicing quality of cheeses. It is used in scientific researches conducted by private health institutions and organizations. Also used in studies on dentistry and the development of dental prostheses.

Explanation : Also known as arabic gum, acacia gum or gum arabic. It is a natural polysaccharide and is produced from Acacia senegal and Acacia seyal trees found in tropical Africa. If the bark of the tree is cut, it produces gum to close the gaps and this process (gummosis) takes about 3-8 weeks. It is insoluble in oils and many organic solvents, soluble in aqueous ethanol solutions. Gum Arabik is chemically a carbohydrate polymer.

Usage areas : It is used to prevent sugar from crystallizing. It has the property of encapsulating aroma capsules. Aroma capsules are used as a thickener in a wide variety of areas such as ice cream, pudding, salad dressings, confectionery, beverage mixes. Due to its affordable price, it is quite common to use materials such as stabilizer, thickening agent, structure correcting agent, emulsifier and filmmaker in the beverage industry when they are expensive. 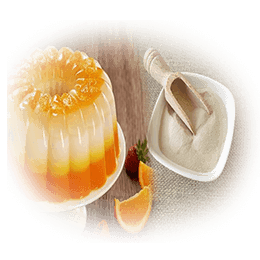 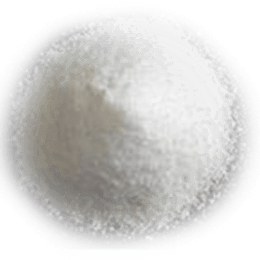 Explanation : It is a natural complex sugar produced by different red seaweeds in Europe, Asia and America. Carrageenan consists of large and highly elastic molecules in a spiral structure. Thanks to their flexible structure, they can form gel forms with different properties at room temperature. Carrageenan; It has three different types, namely kappa, iota and lambda. Kappa carrageenan is used in cases where a hard and durable gel form, iota carrageenan elastic and water-retaining gel structure, Lambda carrageenan, which does not show gel properties, is required for very good viscosity.

Usage areas : They are used as thickener and stabilizer in food industry and other industrial areas due to the gel forms they form. Karragena is used for purposes such as providing the desired texture and consistency in food, extending the shelf life of meat and dairy products. It is used as a strong binder to prevent the separation of milk in low-fat-low-calorie foods, dairy substitutes and chocolate milk. Whipped cream, chocolate milk, ice cream, sour cream, cottage cheese, squeezable yoghurt products, soy milk, almond milk, hemp milk, coconut milk, soy puddings, sliced turkey, chicken and delicatessen products, canned soups, broths, microwave oven dishes and frozen pizzas contain carrageenan. Additionally, carrageenan is not just in foods; It is also a commonly used ingredient in toothpaste, air fresheners and pet foods.

Explanation : It is extracted from two guar plants, Cyamopsis tetragonalubus and Cyamopsis psoralaides, which grow in India and Pakistan. Guar is sown after the first rains in July and harvested in late October. The harvested seeds are dried in the sun, separated from the shells and made ready for industrial production. Mechanical processes during production; Roasting, dehulling, sieving and polishing are applied. The seed is broken and the germ is separated from the endosperm. The two halves of the endosperm are defined as subcrustal guar particles. Refined guar particles emerge after the fibrous outer shell part is detached from the endosperm by polishing. Shell and germ rich in protein are used as animal feed. Refined guar is transformed into fine powder form depending on the structure of the desired end product. High purity Guar Gum is produced in different viscosity, hydration capacity and different particle sizes for use in food, feed and pharmaceutical industries. The modified derivatives of guarum that enable it to appeal to different industrial uses; hydrolyzed, hydroxyalkyl, carboxyalkyl, oxidized, sulfated, borated, cationic combinations.

Usage areas :
• Minimizes sineris in melting cheeses, • Increases the shelf life of bakery products with its kneading tolerance and water retention, • Prevents sineritis in frozen food and filling liquids, • Controls the spreadability of Parsa surface coatings, • Acts as a stabilizer in processed foods, • Used as a preservative and lubricating agent in meat products, resulting in lower storage losses in these products, • Provides easy filling of canned goods, • Acts as a gelling agent for sticking toppings in ready-to-eat food and puddings, • Gives a good mouthfeel in beverages and stabilizes the product viscosity, • Controls the water-oil phase in sauces, pickles and soups and prevents crystallization, • Improves the stability and appearance of these products by acting as a thickening agent, • Acts as an excellent holder and stabilizer in ice cream, cheese, sherbet and liquid dairy products. • It is used as a moisture retaining agent and dough conditioner in confectionery and bakery products to preserve the texture and uniformity of the products and to prevent syneris with its water retention properties. 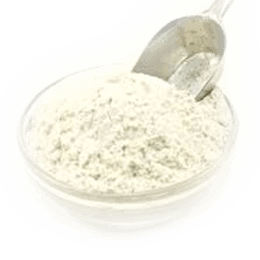 Explanation : Ksantan Gum is a high molecular chain of polysaccharides that occurs when it is fermented by a type of bacteria called "xanthomonas campestris". “When xanthomonas campestris is fermented, it forms a broth-like substance that is solidified with the addition of an alcohol. It is then dried and pulverized. It is classified as hydrophilic colloids and derivatives as a gum. Xantham Gum is used as a food additive as well as being a miscellaneous skin healing agent. It is commonly added to foods as a thickener or stabilizer, thickener. When Ksantan Gum powder is added to a liquid, it disperses quickly, forming a viscous and stable solution. This is a stabilizing agent for suspension and many products, providing a great thickening. It is stable in solutions containing high concentrations of salt, resistant to enzymatic degradation. It also allows good freeze-thaw stability and shows remarkable suspension characteristics.

Usage areas : Ksantan Gum; It is used in food, personal care and industrial products. This additive improves texture, consistency, flavor, shelf life and changes the appearance of many foods. Balances foods, helps certain foods withstand different temperatures and pH levels. Additionally, it prevents food from separating and allows them to flow smoothly out of their containers. It is often used in gluten-free foods as it will give gluten-free baked goods elasticity and fluffiness. It is used in salad dressing, bakery products, fruit juices, instant soups, ice cream, syrups, gluten-free products, low-fat foods, personal care products.

Explanation : Gelatin is obtained by hydrolyzing the collagen in animal skin and / or bones obtained from animals such as cattle and fish. Gelatin is 85-90% protein, 10-12% water and 2-3% mineral. There is approximately 350-400 kcal nutritional value in 100 grams. Gelatin is used in foodstuffs due to its properties such as thickener and gelling agent. In addition, it allows the volume of the products to increase with the ability to create foam and keep this foam for a long time. Gelatin has its unique ability to form a gel that is recyclable depending on the temperature. A gelatin-based production recipe forms a gel when it is cooled, and when this recipe is heated, it turns back into a liquid. This feature, which takes place in a very short temperature range, is a repeatable process. This process can be repeated without significant changes in quality. At high temperatures like 100 C, gelatin loses its thickener property. For this reason, gelatin is not dissolved in boiling water. Gelatins should not be frozen. After freezing, it becomes brittle and its structure deteriorates. Pay attention to usage rates. Excess gelatin may make the product sticky while a low amount of gelatin may not provide gel formation. Gelatin loses its effect when it reacts with acidic products, as it has a nearly neutral property.

Usage areas : In the food industry; It is used as a structure regulator in clarification processes in wine and fruit juices, marmalade, fruit yoghurt, margarine. It is also used to give a greasy feeling in low-fat products, and to add volume without adding calories. Gelatin is used in canned meat, meat products (sausage, soudjouk), dairy products, ready-made foods and sauces, confectionery, beers, aspics, pastes and persines. Thanks to its very valuable foaming feature, it is used especially in dairy products, some desserts and creams. It is also used to prevent the formation of ice crystals in ice cream and frozen desserts as it facilitates the formation of emulsions and suspensions. Gelatine; It is also used because of its emulsifier, film-forming (fruit coating, etc.), stabilizer (cream cheese, creams, etc.), structurant (lokum, etc.). In addition, it is used for making products in pharmaceuticals, photography and cosmetics.

Explanation : Pectin are complex polysaccharides found in intracellular spaces and cell walls in plants. It is abundant in legumes and citrus fruits. Apples, strawberries, oranges, grapefruits and apricots are known to contain plenty of pectin. About 70% of the fiber found in citrus fruits is pectin. The most important feature of pectin is that it can form a gel. For this reason, it is one of the most used additives in the food industry. Commercial pectin is obtained from the pulp remaining after the juice of apples, lemons and oranges is taken. This pulp is reacted with organic acids such as tartaric, lemon and milk acid or with inorganic acids such as phosphate, sulphate, chloride acid at 60-100 ° C for 50-120 minutes. The mixture is extruded and centrifuged. The filtered part is cooled to 35-40 ° C and after the pH value is approximately 4.5, pectin is obtained by filtering again. Pectin is used in the food industry in almost all countries, and no known health hazards have yet been identified.

Usage areas : Pectin is used in jams, jellies and marmalades to provide gelation. It is used to thicken cream cheese, cream, tomato paste, sauce, mayonnaise. It is used in fruit yoghurts to increase the fruit taste, in ice cream to stabilize the structure, in bakery products to prevent staling, and in fruit juices to provide a homogeneous appearance.